After a one-year hiatus, the Door County Homebrewing Championships returned as part of the Door County Beer Festival in 2016. More than 95 beers were entered in the contest, organized by brewing enthusiast Justin Minikel.

“The focus of this competition is to provide good feedback to all entrants and reward talented brewers making great beer,” said Minikel, a resident of Oak Creek and certified BJCP Beer Judge who got his start judging at the 2013 Door County Homebrew Championship.

Judging took place May 21st in Baileys Harbor, with 24 judges and stewards donating their time to judge and provide feedback on this year’s entries. 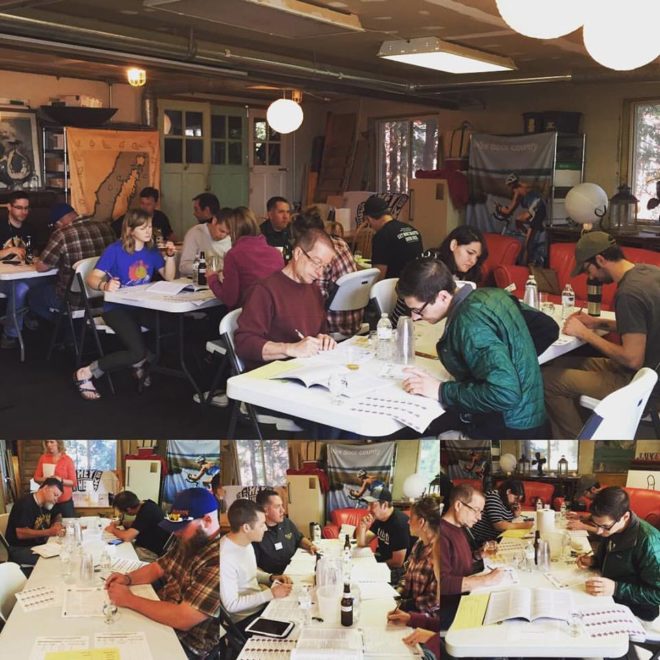 Each category winner listed by Brewer, Entry, and Style.

Ben Young, To HELLES With the Cubs BOCK, Munich Helles